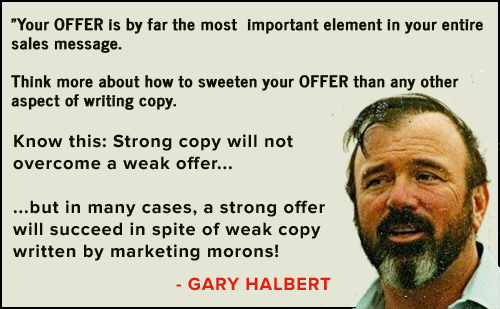 Back in late 2009, I wanted to create a system that I could run continously and make money from while building a list of 10,000 subscribers over a 6 month period.

The idea was that I will run a campaign to sell something to a target audience and re-invest the funds into running more ads to keep building my list.

At this point, I wasn’t so concerned about net profits. My main target was for the campaign to break even so that I can keep pouring money back into getting traffic.

I knew if I could build a list of 10,000 new subscribers, I could easily generate N400,000 net profits consistently in upcoming months. That N400,000/month was my dream income goal back then. FUNNY!

But the problem was that, I only had N8,000 in my bank account to start this campaign.

So, I started thinking.

How could I go from N8,000 to achieving what I wanted?

I thought about it for days.

He even gave some examples based on the success and failures of the full paged ads he ran on Success Digest newspaper.

So, I started thinking:

“What irresistible offer can I put together if offered to the audience I am targeting will produce a lot of fast sales?”

You won’t believe it but it took me 2 weeks to put together such an offer.

It was around 2am.

I woke up and wrote for about 3 hours.

By the time I was through, the irresistible offer I created was SOLID alongside the copy to sell it.

I was giving out a money-making blueprint complete with tools to implement it and a brand new laptop for anyone who uses it.

All I had to do after that was to write a short report (a lead magnet) that would get people to join my list.

Once they joined, I would give them a one time chance of getting the N2500 offer I described above.

I was spending N3500 to get traffic from Google adwords. This translated into approximately 100 new subscribers and 10 sales per day.

I only ran the campaign for about 15 days out of 30 days though because of the wahala of making credit card payment to Google back in those days.

I also made some foolish mistakes like letting the campaign run on just $20 (N3500) a day for months instead of increasing my daily budget but that is for another day.

The main point in this write-up is this:

ONE thing you need to do today that will completely bring you huge conversions and continous cash flow is putting together an irresistible offer that converts like crazy to cold traffic.

This might take some days or weeks to do but when you are able to do it, your business will blow up because you will be getting new leads and customers every day along with a super flow of cash.

The reason is this – In order to convert strangers into customers as fast as possible, you have to come to the table with an outrageous, mouth watering offer that is irresistible and easily affordable.

Even if they have some elements of doubt, they should be saying to themselves – “Well, let me just try it out since this is a huge offer I am not willing to lose and the price is something I can risk”

Once you can create a HUGE offer that gets them to say that, you are a winner.

The campaign I talked about in this post is how I built my subscriber list to 13,000 and became known by several people all over Nigeria.

All because of a single, high converting offer.

You too can do this.

If you have been running adverts that don’t convert very well to cold traffic, this is probably ONE thing that will change your results (that is if you are targeting the right audience)

It will work for anyone using direct marketing to sell regardless of what you are selling.

It will work for those selling supplements, physical products and even professional services.

I wish I could start telling you how to put together an irresistible offer that converts to cold traffic but that will be another day.

But you can do your own research on the topic.

Go and do great things.

I wish you success.

P.S – When I wanted to raise N3m fast in 2012 in a new niche, I sat down and put together an irresistible offer for this new audience and eventually went on to build a huge list of 30,000+ subscribers and millions of Naira.

P.P.S – Actually, I wrote this article because I am in the process of putting together the most insane offer ever for another audience and my target is to make N50m over the next 40 days.

Will it work? I hope so. But then, I will be sharing more about this campaign later on. Stay tuned.

22 comments on “The “ONE” Thing You Need to Do Today for a Breakthrough Campaign (Even if all you have is N8,000)”