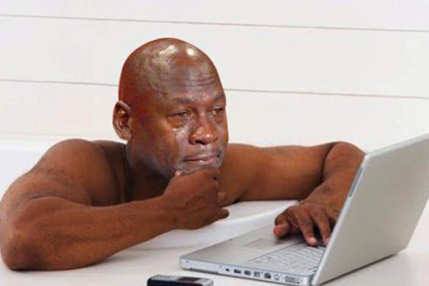 In 2001, I was a starry eyed University student, who was desirous of making it big in life and becoming rich.

I was looking for businesses opportunities that would make me a lot of money. I tried different things.

In 2003, November to be precise, I stumbled on internet marketing, through Success Digest magazine.

Over the next few years I would try almost everything published in the paper – affiliate marketing, information marketing, Google Adsense, you name it.

In 2006, one particular money-making scheme came up which attracted hordes of fans. That scheme was/is known as HYIP.

Basically how it works is this:

It looked so easy. Just put in money and wait for sometime and bam! You get a percentage.

It looked too good to be true but nothing tried, nothing gained, right? So I gathered my school feeding money and bought eGold (remember them?) worth $50 and “invested”.

Now to make more money, I needed to reinvest my money which was now $100 which I promptly did. The following week, I had $200.

So I went round school preaching this stuff. I even preached it far more than the guy who introduced it to me. I got others to “invest” and with each investment they did, I was scheduled to be paid a 10% “commission bonus” for the referral.

I went looking for more money to borrow to invest because my thinking was, if I had gotten $200 with just $50 in two weeks, imagine how much I would get if I invested $500!

The guy who introduced me to it went to his Mum, borrowed her retirement gratuity and invested another =N=500,000, roughly about $5,000 then!

That week he had earned $13,000 including commissions!

I could see my riches coming. My dream cars, my beach house. I prayed to God morning and evening thanking him for remembering me.

It was like a blessing for everyone, and naturally people poured into this scheme.

One day, I got a call from Nonso, the guy who invited me. He sounded desperate, his voice shaky as he asked me if I had checked my HYIP account. I said no.

“What’s the problem, I asked?”

“I can’t see the money in my account anymore”, he said. “My money is gone.”

When he said that, I felt my heart sink, my stomach turned and I suddenly felt sick. If I remember correctly, I think I pissed a little hot urine on myself.

“Where are you?” I asked. He was at a cybercafe town, so I jumped into a bus and went to meet him.

Anyways, Nonso had requested for the HYIP company to send him $7,000 out of his $13,000 which was perfectly okay to do. You were allowed to request a payout anytime you want, between Monday – Friday.

However, after he had placed the request, he logged in a few days later, and his balance was no longer there. It had been wiped out. In fact the page that showed your account was no longer opening.

“It must be something wrong with your account I said. Have you emailed them?” He had emailed, but got no reply. Called the numbers on the website, but they were not going through.

So I placed a payout request of $100, and suddenly, my own account balance was wiped out.

Sweat started forming on my brows. I refresh the page again and again, still the same thing. The account balance page was no longer opening.

We went back to school hoping that things would change. It didn’t. It took me several days to come to terms with the fact that my $200 abi $50 was gone forever.

Someone in Iran, Russia, Ukraine, only God knows where had taken my money and it was gone.

Nonso’s mother’s gratuity was gone. All the monies by those I introduced? Gone! I and Nonso became almost like outcasts in the school. Nobody wanted to deal with us anymore as far as business was concerned. We were blamed for the con.

Why am I telling you this story?

Because lately, I have been receiving offers from people to promote a ponzi scheme called MMM.

They tell me it’s a business. That it works. That people have been paid money, blah blah blah.

I want to use this piece to write an article and wash my hands off this matter once and for all.

MMM is a ponzi scheme. Simple and short. I have been in business long enough to smell a scam from a thousands miles away, and this one is a big scam.

Ponzi scams reinvent themselves every few years, change their name, wear “new clothes” and come out as the newest best thing since sliced bread.

MMM is a scam. It is not a real business.

A real business has A PRODUCT to SELL, a product that adds value to the person buying it. There’s an EXCHANGE of value between both sides – the buyer and the seller.

MMM doesn’t have that. Rather it “pays” you a “commission” to refer people. Where does it get the money to pay these commissions? For how long can this be sustained?

What product does MMM sell? Why does an “investor” take his money and “gift” it to some stranger, and then wait for someone else to choose him and also “gift” him too?

If you don’t get someone to choose you, then you wait and your money “grows”? Grows? How so? With fertilizer? Where will MMM get the money to pay you this percentage from? Will they steal it?

The most alarming thing about this stuff is this mysterious program is based in Russia. Russia? Are you kidding me? Anyone who knows anything knows that Russia is a country full of murderous mobsters who run illegal gambling operations, money laundering and prostitution rings.

They have since forever created similar programs to mop money up, transfers their illegal funds and pay off people to kill their rivals.

Are you unknowingly helping support a Russia mafia boss and putting innocent people in danger while perpetrating money laundering, illegal gambling and prostitution?

I will not be surprised if the EFCC swoops on the people who run these and guess who they will come after? Yes you the big gun who is pushing this everywhere.

And no, you cannot blame Buhari for your misfortune when it happens.

Frankly, it amazes me that people who should be knowledgeable are pimping this MMM stuff.

It’s a scam. And it will collapse like all ponzis do. It’s just a matter of time. If you really care about your audience and want their good, not just money that will enter your pocket by doing a seminar, then you will NEVER promote that shit.

It speaks volumes about the mentality of the general masses that they always gravitate towards a business “opportunity” that requires, “no work” and no “effort”.

NEWSFLASH: The only way to make money is to actually provide something of value to another person in exchange for cash, not to give someone money and then wait for another person to give you.

What nonsense is that?

This is my last say about this MMM and similar cash gifting programs. I do not want any part of it. I do not wish to receive any further enquiry about it from anybody.

And please, next time before you come into my inbox with some frivolous questions about a program, do me and you a favour, fire up Google and do some research about it FIRST.

102 comments on “I Will Rob Peter and Pay You, Paul – Everything You Want To Know About This Scam Called MMM”