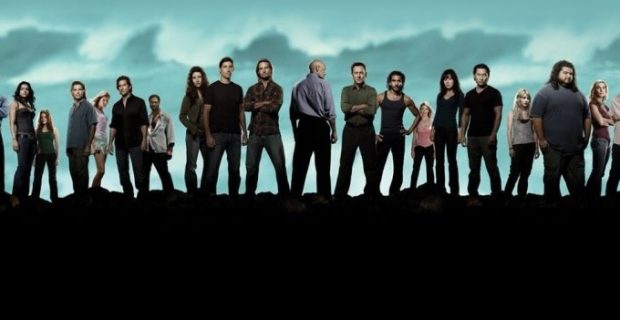 My best movies are movies where persuasion, influence, seduction or manipulation is displayed.

I learn from them.

Lost is an old TV series. I had to buy the complete DVDs 2 years ago so that I can watch it over again.

The lessons in Lost are about influence and manipulation and they are mostly from these 3 characters: Dr Jack, James Sawyer and Ben.

If people perceive that you care for them and have their best interests at heart, they will naturally follow you and listen to your advice and recommendations.

You can do this in various ways. And one way to do this is by throwing rocks at their enemies.

People always like others who hate what/who they hate.

E.g. There is a certain Imam on Twitter that easily gained thousands of Nigerian fans just by appearing to hate the same person they hate.

People always need someone to tell them what to do (In fact, what they know they ought to do).

All you have to do is be that person and they will look up to you as a leader.

E.g. In Season 1, episode 1 of Lost where their plane crashed, Dr Jack called them together and began to tell them what they should do to survive on the island they crashed on. And from that point, all of them began to look up to him as their Moses.

Something like this even happened on Twitter recently that turned a group of women to Moses. Figure that out yourself.

People are hardwired to obey authority even if it is not real.

So, if you behave or dress as if you are an authority in a particular field, people will instantly trust you and look up to your advice and recommendations.

E.g. A test was done by a marketing firm to see how people respond to authority or its perception.

They created 2 sales videos to market a health product.

Both sales videos contained the same message and spokesperson.

The only difference was that in video 1, the salesperson wore a teeshirt and jeans.

In sales video 2, he was putting on a lab coat and stethoscope around his neck.

Video 2 won by a landslide.

Do you get the idea?

People’s wants and desires are what opens them up for persuasion and manipulation.

To persuade someone or a group of people, the first thing you should do is to find out what they want.

People make this mistake a lot, they assume that everyone wants what they want. That is not true. People are selfish and want different things in different ways.

E.g. In Dale Carnegie’s How to win friends and influence people, he talked about a little boy that was wetting his grandma’s bed where he slept.

The parents did all they could to get him to stop but none of them worked.

So, they decided to find out what he wants and it happened that this little boy just wanted his bed to sleep him.

So, they took him to a store and got him a new bed and he stopped wetting it.

Funny right? But that is the best way to explain this.

By the way, lesson 4 is a deadly one when you understand it.

People are emotional creatures no matter how they hide it.

That is why when you win people over emotionally, you can often get them to do most things.

Everyone has emotional buttons. It does no matter if you are Buhari or Trump.

People are just emotional on different levels and in different areas.

For example, most people are excited and bouncing around on their birthdays but I am different. Birthdays and birthday gifts don’t excite me. So, it is not an emotional button of mine.

One way to win people over emotionally is to find something they crave emotionally and give them that thing.

Once you do that, you will get them eating out of your hands in no time and I don’t mean that literally. Those Lasisi Elenu’s Sugar daddy videos explain this very well.