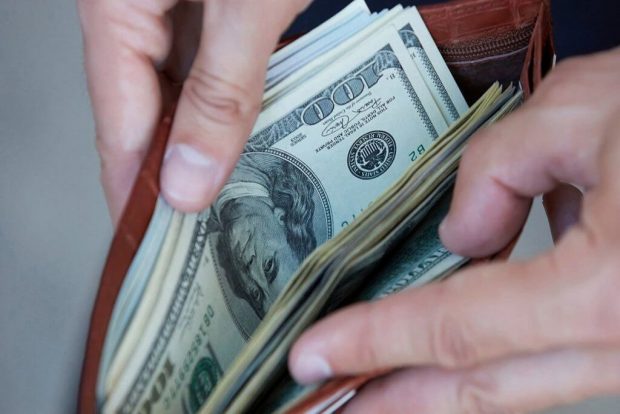 10 years ago, I was in a conference listening to one of the speakers, a pastor whose lecture was life-changing. According to him, he used to struggle financially even though he was getting paid as a pastor and a government employee.

So, one day he decided to put an end to his money worries. He fasted and prayed for 7 days hoping that God will miraculously send someone to give him lots of cash.

What happened instead was this:

A few days after his fasting and prayer, around 12 midnight, a series of ideas flashed into his mind. He believed those ideas came from God. So, he quickly began to put the ideas into action and it changed his financial life completely.

I didn’t understand all he was saying that day but after studying hundreds of books and courses over 8 years, I now understand and have been able to apply them in my life. I wrote this post to share the core of his lecture in 3 simple lessons that I believe will be an answer to someone’s prayers out there.

LIE 1: Paying TITHE consistently will give me financial freedom – Anytime I mention this point in any of my speeches, a lot of religious people get offended but here is the truth. In the Bible, God promised to open the windows of heavens and pour out a blessing so great you won’t have enough to take it in. The question people don’t ask is this – “What format does the blessing comes in?”

One format I know of is life-changing information and ideas. Unfortunately, most people don’t act on them but God won’t do for you what you are supposed to do for yourself. For instance, this article could be a life changing idea God is sending your way but it won’t help you if you don’t do anything about it.

LIE 3: You think MERE starting a business will help you solve money problems– When people realize their salary is not enough or when they can’t get a job, they decide to become self-employed or start a business to make more money.

But they usually end up struggling BECAUSE an important element is missing.

This missing element is the ability to sell effectively.

The ability to sell puts you in charge of your financial destiny. It puts an end to your money worries.

“Most people only need to learn and master one skill and their income will jump exponentially…The most important specialized skills are sales and understanding marketing. It is the ability to sell.”

NOTE: He said skill, not talent meaning this is something everyone can learn.

Truth is, starting a business (full or part-time) is the fastest way to generate more income and there are thousands of businesses to make money. But they all require that you know how to sell for them to be successful.

Ignorant people think the magic is in the type of business. So, they try various business opportunities without facing the real problem which is the fact that they don’t how to sell.

I used to be like that too. Years ago, after ignoring my certificate, I decided to control my own income and live a life of freedom. So, I started a business.

And just like a lot of people, I struggled until I stumbled on a “weird yellow website” that taught me highly persuasive selling skills that I never heard before.

I have now gone ahead to invest a lot of money and time to develop my selling ability. I have also taught the same skill to a lot of people whose lives have been transformed.

Think about it. Businesses can’t make money without selling.

E.g Jumia and Konga don’t make money from importing products. They make money when they sell the products.

When you can sell, you will never be broke because you will be able to profit from countless businesses, online or offline, part time or full time…anywhere in the world.

Knowing how to sell will set you apart from the ever struggling individuals and businesses.

When you know how to sell, you won’t need your certificate again for income purposes because it won’t be able to give you enough.

May God help us all.